40% of players in US, UK, and Indonesia show interest in blockchain games but need less risks and more knowledge

The general interest in blockchain games is growing globally, according to a new survey by Newzoo. However, developers must better educate players and remove barriers that prevent mass adoption of Web3 gaming.

The survey is based on responses from 4,569 gamers across the US, UK, and Indonesia. Newzoo targeted people who play games on console, mobile, or PC. 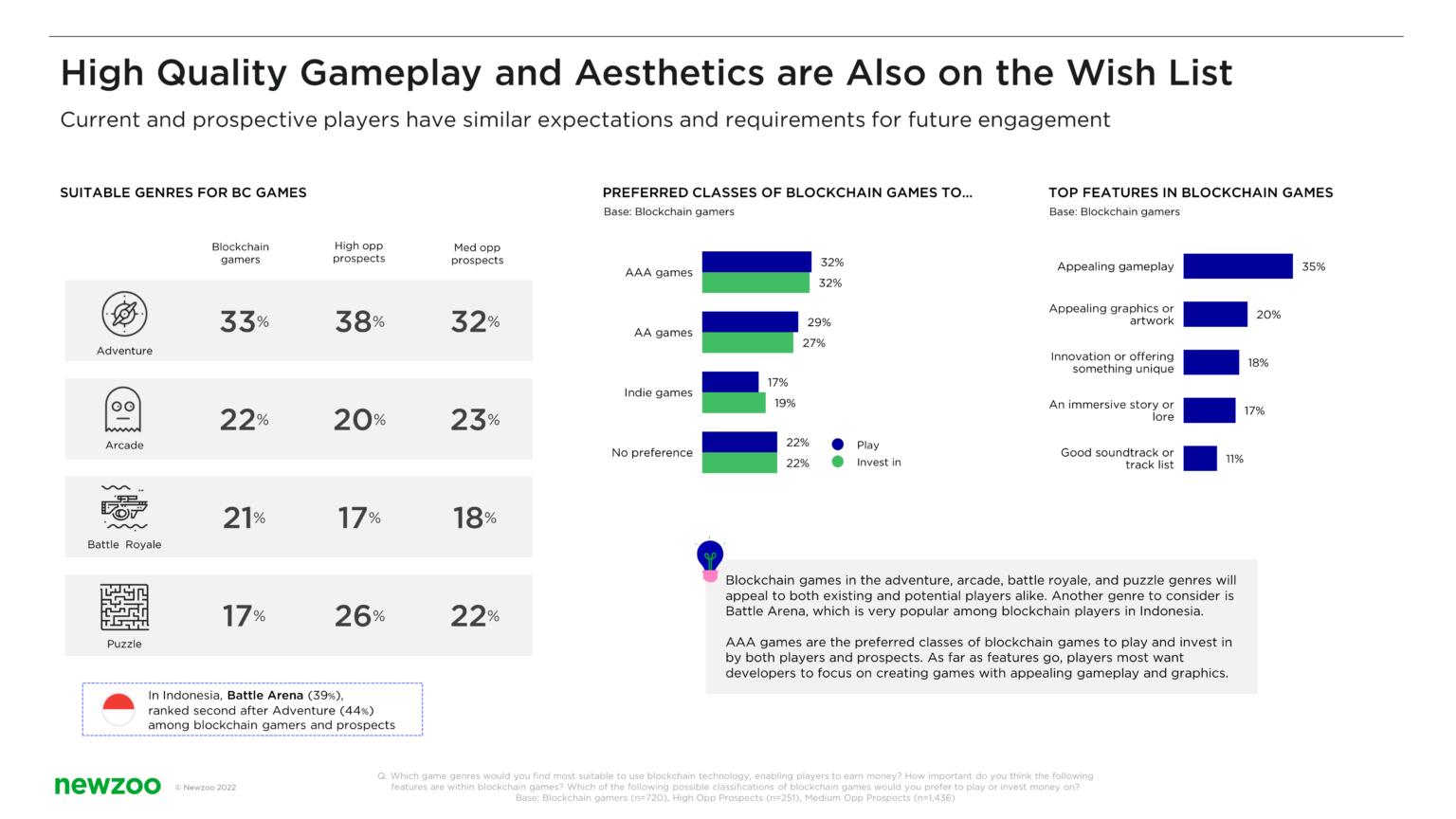 More insights about the audience and their preferences can be found in the full report.