MatchboxDAO, a community of on-chain game developers, has raised $7.5 million at a $50 million valuation. The team will promote development on Ethereum scaling platform StarkNet and build infrastructure for on-chain titles. 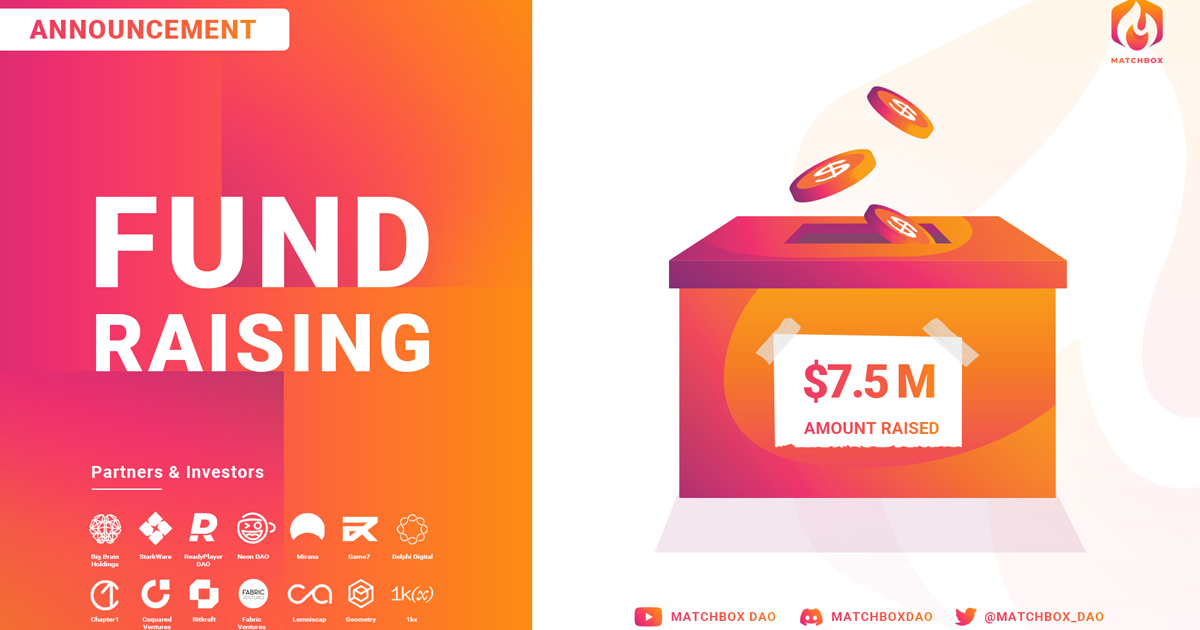 The DAO shared the news on August 17. StarkWare, ReadyPlayerDAO, Delphi Ventures, Road Capital, and Geometry were among the investors that participated in the funding round.

MatchboxDAO will use this money to accelerate its gaming initiatives and build its two main products:

“Our long-term goal is to become the on-chain version of Unreal Engine,” MatchboxDAO founder and CEO Yonatan Ben-Shimon told the Block. “We want to enable game developers to build and launch a game within a very short period of time.”

We believe on-chain games is the next massive use-case of Web3.
Interoperability brought DeFi the success story we all know, On-chain games can growth even more become of its unlimited application.

What are StarkNet and Ethereum rollups?

The MatchboxDAO gaming ecosystem is based on StarkNet, a Level 2 (L2) scaling solution for Ethereum. It uses the so-called ZK rollups, which increases the transaction security and helps cut fees.

In simple terms, rollups “roll up” multiple transactions into one, execute them off-chain, and then present it to the mainnet. So Ethereum has to process only a single transaction, which eventually cuts costs.

Zero-knowledge (ZK) rollups are based on a zero-knowledge proof, which allows to prove the validity of a statement without revealing the statements itself. It doesn’t disclose any additional information like a passport and prevents innvalid transactions from being uploaded to the rollup.

According to MatchboxDAO, smart contracts will be shared within its community. It will allow members to develop on-chain titles faster by reusing existing gaming blocks. “Our end goal is to enable any developer to build and launch an on-chain game and have a community behind it within a week,” the organization stated.